A few banners I’ve made during my time as lead UI designer for the game Marvel: War of Heroes, one of the top performer on the Apple App Store and Google Play Store during its golden days. The game was a product of DeNA Japan in collaboration with Marvel Entertainment.

There were at least 3 new gachas released each week, so the amount of banners my team had to make were a lot more, but I only picked a couple to show here. 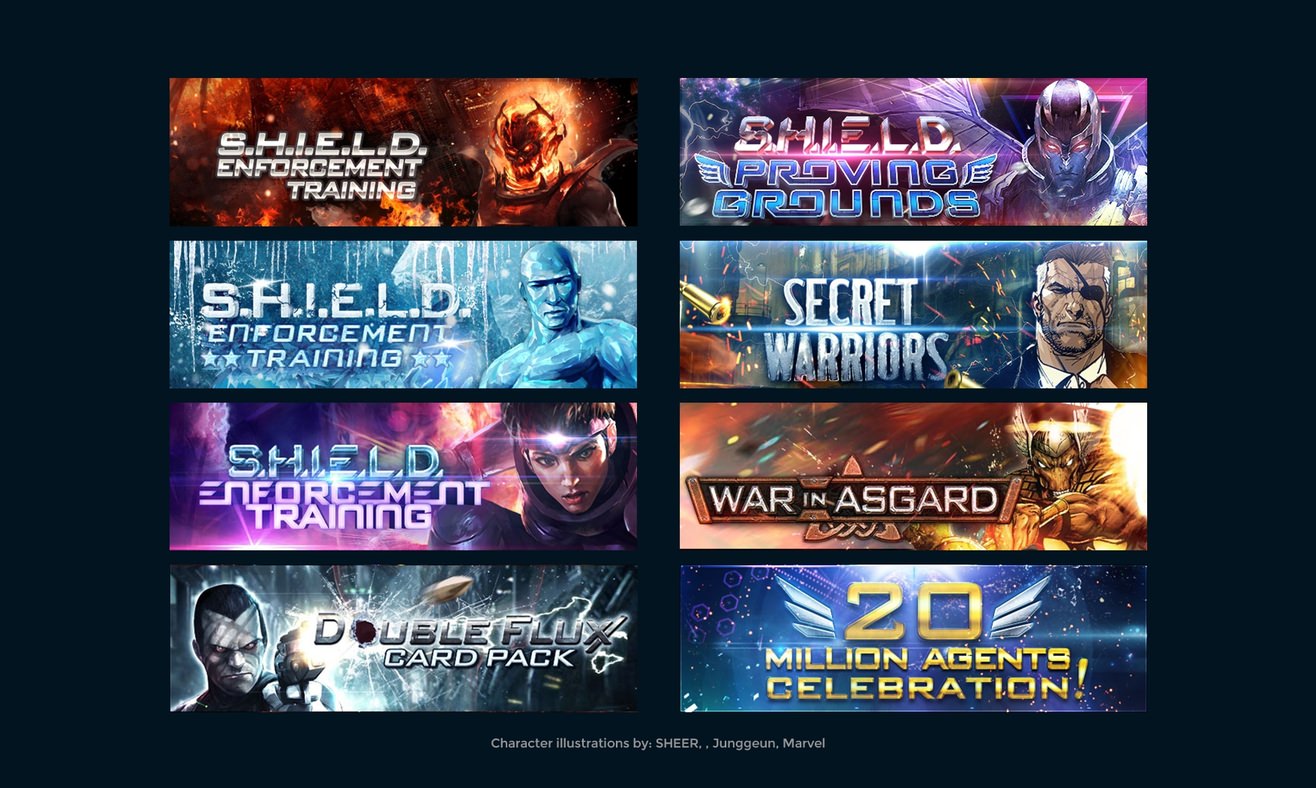 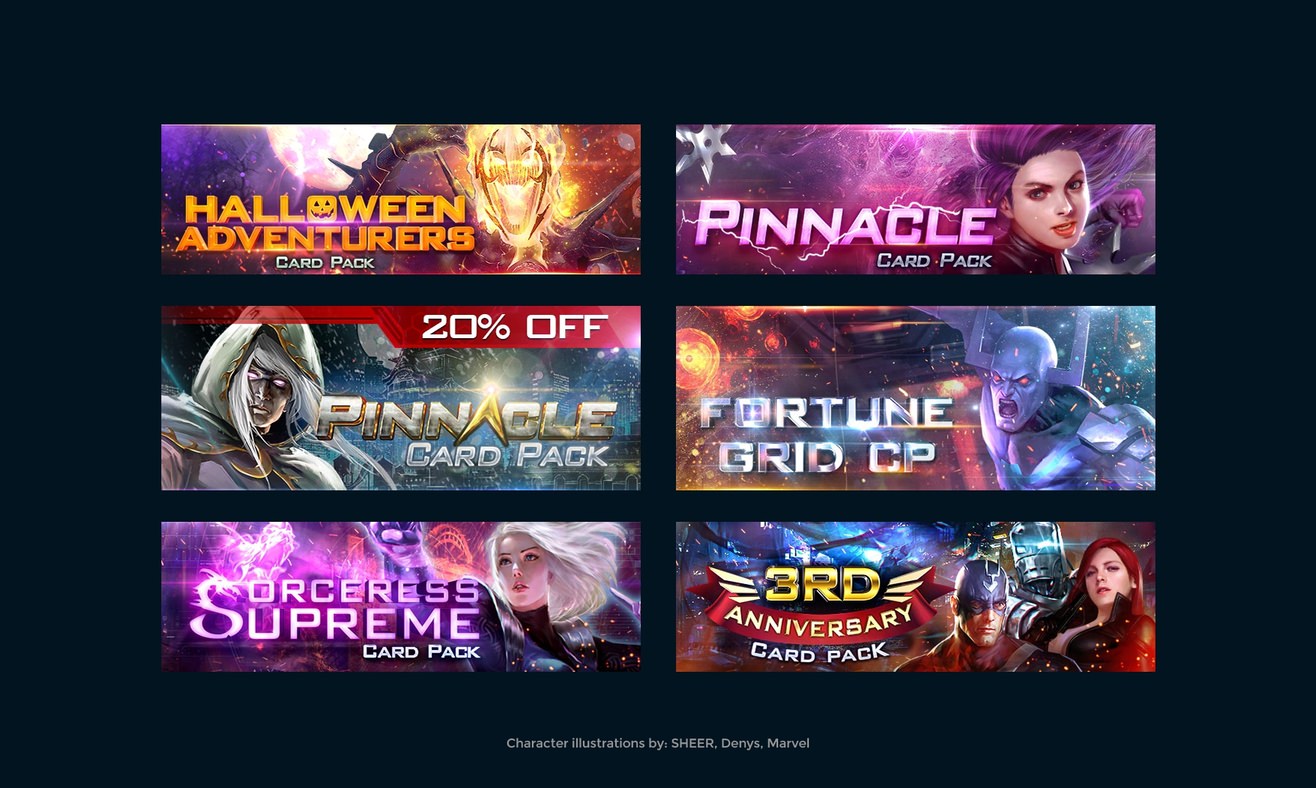 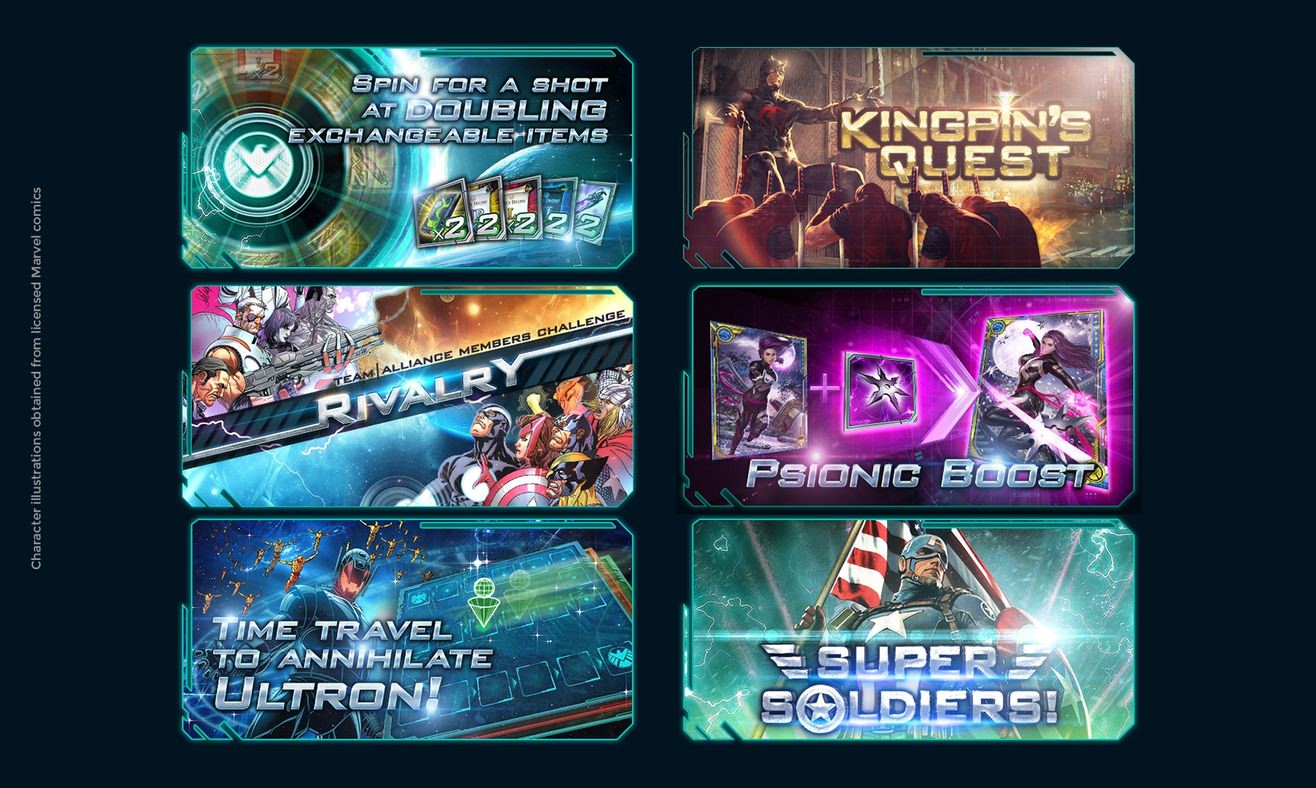